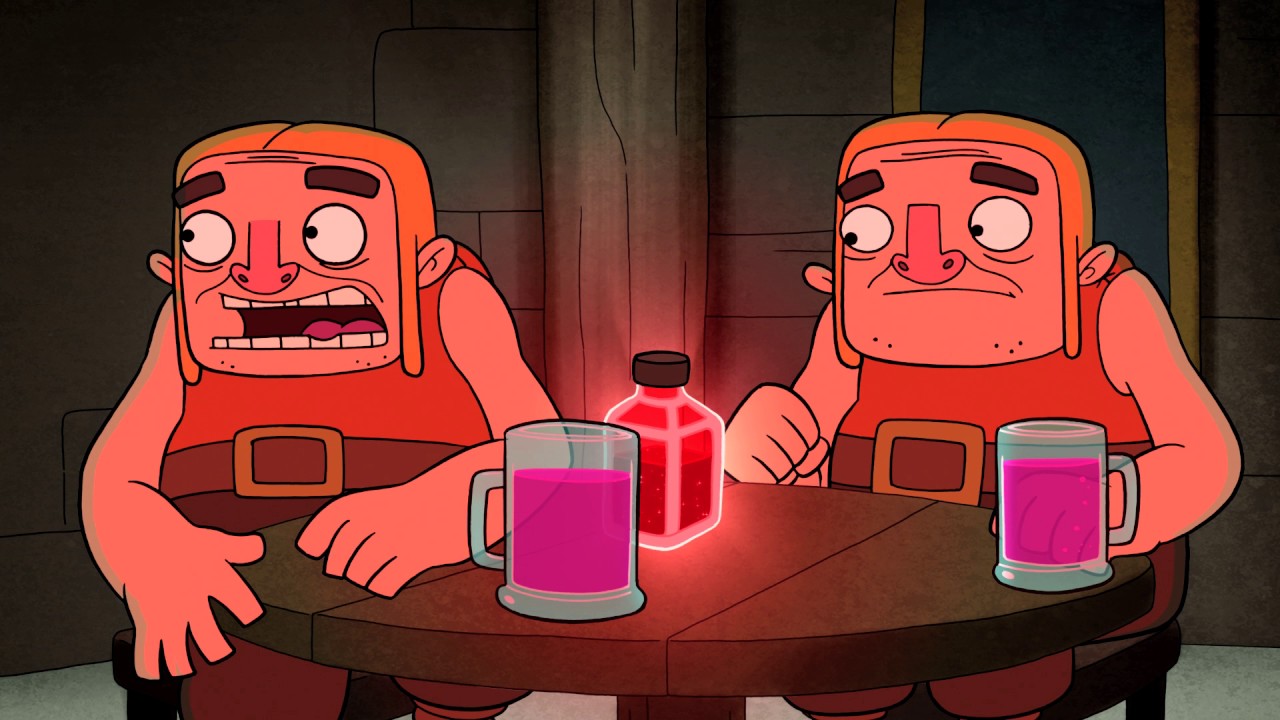 CLASH-A-RAMA! is an original comedy series based on your favorite Clash of Clans and Clash Royale characters.

It’s Christmas in the Clash Royale Arena! Snowfall interrupts a battle and the Clashers frolic in the snow. An Ice Wizard freezes the river so they can ice skate. What’s the best way to end a perfect night? A perfect Knight! At least it is when that Knight croons the Twelve Days of Clashmas. Two Builders find some hidden Santa’s Surprise Spell and daydream about the wealth it could bring them if they sell it on the black market. But with great wealth comes great responsibility, so they decide to get rid of the Santa’s Surprise Spell. I wonder what happens if you drink it?

From rage-­filled Barbarians with glorious mustaches to pyromaniac wizards, raise your own army and lead your clan to victory! Build your village to fend off raiders, battle against millions of players worldwide, and forge a powerful clan with others to destroy enemy clans.
PLEASE NOTE! Clash of Clans is free to download and play, however some game items can also be purchased for real money

FEATURES
– Build your village into an unbeatable fortress
– Raise your own army of Barbarians, Archers, Hog Riders, Wizards, Dragons and other mighty fighters
– Battle with players worldwide and take their Trophies
– Join together with other players to form the ultimate Clan
– Fight against rival Clans in epic Clan Wars
– Build 18 unique units with multiple levels of upgrades
– Discover your favorite attacking army from countless combinations of troops, spells, Heroes and Clan reinforcements
– Defend your village with a multitude of Cannons, Towers, Mortars, Bombs, Traps and Walls
– Fight against the Goblin King in a campaign through the realm

Chief, are you having problems? Visit