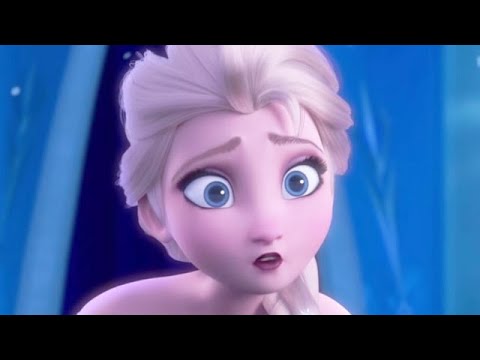 Sora, Donald and Goofy meet Queen Elsa who believes they are in Arendelle to see the coronation. Suddenly the group are attacked by Heartless and Elsa repels them with an icy blast. After explaining that she wishes to be alone in order to protect her loved ones from the negative effects of her powers, Elsa sets out into the snowy wilderness.

When the sisters are reunited, Elsa is reluctant to hear what Anna has to say and lashes out with another icy blast. The group are then thrown out of the palace by a giant Icey guard named Marshmallow and chased into the wilderness. After outwitting Marshmallow, the group set out for the palace once again. In the distance they notice an unconscious Elsa being carried by a mysterious character but as they try to get a closer look, Marshmallow reappears. They soon learn that he is not a direct threat to them and is actually trying to protect Elsa. Learning this, they join forces to find Elsa.

The group find Kristoff and Sven looking sad and dejected and are told that Anna was struck in the Heart by Elsa’s ice magic and has become frozen, and that only an act of true love can save her. Kristoff also explains that the mysterious character is Hans, who Kristoff mistakenly aided and took to be Anna’s true love, but is actually a threat to Elsa. After defeating Hans and battling more Heartless the gang find Elsa mourning over Anna. To Elsa’s surprise the ice begins to thaw and Anna is reawakened. The sisters realize that Anna’s sacrifice was the act of true love needed to save herself and love is also the key to controlling Elsa’s cryogenic abilities.

Kingdom Hearts 3 is an action role playing video game developed and published by Square Enix and released in 2019 for PS4 and Xbox One.

💥 Don’t forget to Subscribe, hit the Bell 🔔 and select “All Notifications” so you don’t miss our next video.

💥 Don’t forget to Subscribe so you don’t miss our next video.

About Now Toons:
All the best family-friendly video games in quality high-definition. Relive the greatest stories from your favorite games.