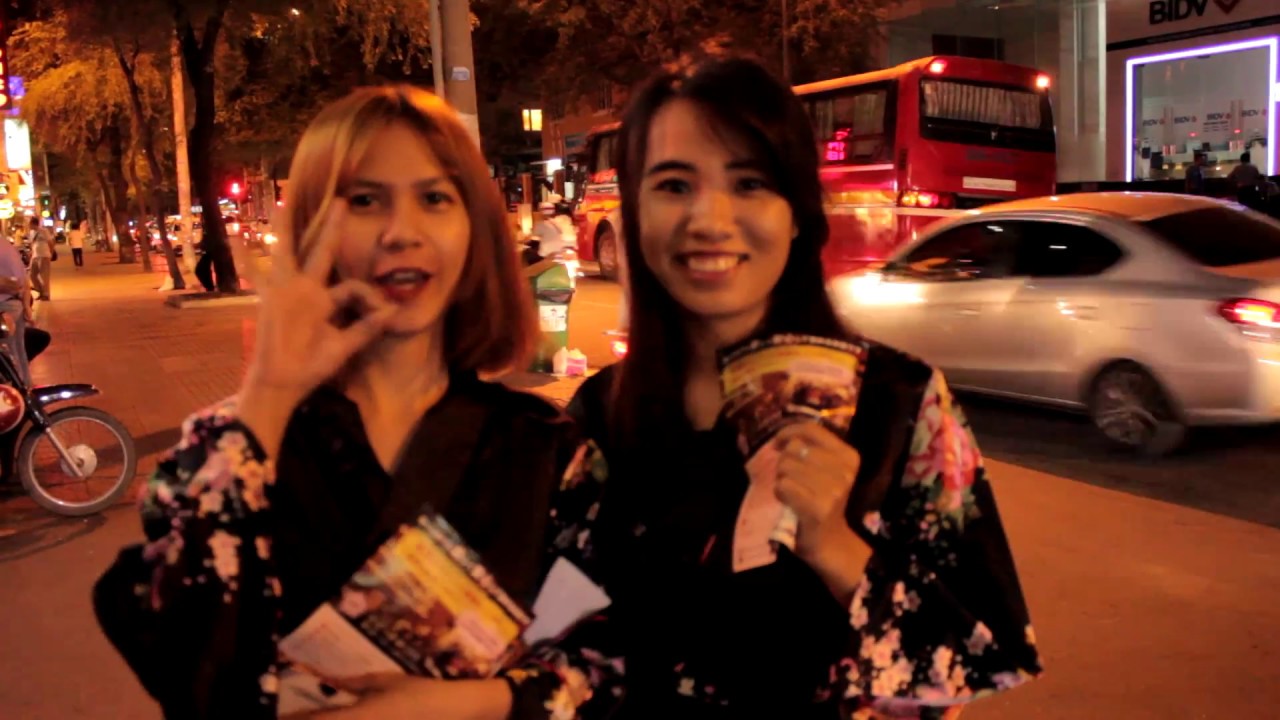 Everyday life scenes from Little Japan, an area around Le Thanh Ton and Thai Van Lung streets in downtown Hồ Chí Minh City where there are over 70 restaurants, spas and other businesses of the Japanese community, is appealing to not only tourists but also locals who want to discover Japanese culture and gastronomy. The location has got increasing public attention since a graffiti alley of Le Thanh Ton Street was created and has become a popular rendezvous for local youth and foreign tourists.

Different from other streets for foreign communities in town, like the backpacker area on Pham Ngu Lao, Bui Vien and De Tham streets or the Korean area on Pham Van Hai Street in Tan Binh District or a mixed community in HCMC’s District 7, Little Japan doesn’t have an animated look or exciting atmosphere but the simple wooden doors of the restaurants there covered by the curtains hung under the signs mostly in red, black and white colors and the tranquility make the place attractive.

People can have a closer look at this Japanese community whenever they enter the graffiti alley at 15B Le Thanh Ton. Especially, there’s a map of the whole residential area at the entrance of the alley and security guards are there to show where people can park their vehicles. No noise and no garbage is another highlight of the place.

The small and quiet alley is packed with many Japanese restaurants that are closely located and offer a diverse range of food such as sushi, noodles and cakes. Daichan Ramen, Bento Take Away, Sakura and Vanilla & Butter are some popular dishes.

The farther people get inside, the more Japanese-style spas, tourist agencies and galleries and rooms for rent they can find. Especially, there’s a long big wall featuring numerous graffiti artworks in bright colors by local young artists and groups. From an old and mossy wall, graffiti artists have transformed it into a lively painting to infuse a new spirit into the area. In early July, local residents decided not to allow new drawings and erase all the current artworks due to the noisy and messy environment caused by groups of youngsters who came for photography and filming.

Located in the alley at 8 Le Thanh Ton, Utopia Café is also a must-go-to place as it is considered an information center for Japanese strangers in the city as well as a relaxation place for Japanese expats to read books, newspapers, magazines, novels, and even mangas. The café was created in 2000 by two Japanese men, Ebuchi Shinya, and Sasaki Hideki. The duo also launched a foundation to help Agent Orange victims in Vietnam.

Other popular venues in the Little Japan area are Star Kitchen, a cooking studio created by Yuya Arashima, a 31-year-old man from Tokyo. The studio has recently drawn much attention of locals and foreigners who come to study how to make cakes and join in some cake tasting events, and Pizza 4P restaurant owned by Yosuke Masuko that receives positive comments from diners and some prestigious travel websites.